At what point does a sports network need to issue a retraction and admit to showing fabricating data? How about if they implicitly claim 500 trillion people vote in their polls?

Today, CSN Chicago showed a “poll” after the Chicago Cubs took home a big World Series win. The local TV sports network asked viewers whether the Cubs would win the World Series (let’s set aside the sampling bias in polling just Chicagoans for a moment).

If you belive the graphics, the poll results were being wired to the broadcast and shown live. Except that with some basic math, we can prove those results are made up.

On the broadcast, they showed the numbers (excitingly) fluctuating anywhere from 87% to 93% in favor of the Cubs. About every second, the results would change. At the start of a poll, that’s reasonable. But the results never settled down. They kept swinging up and down. That’s a dead giveaway that something is horribly wrong.

Warning: Really boring video of numbers changing with two idiots talking over it

Each time the breakdown changes, let’s figure out how few people could have voted to cause that swing by conservatively assuming they all voted in the direction of the swing. Don’t want to calculate it yourself? Here’s an excel-ready file showing the math.

In the first second, a mere 11 people could cause that swing if they all voted for the Cubs. Because of the same math that makes compound interest so powerful, the longer things run, the more people it takes to cause a swing. About 70 seconds into the video, the swing from 87% to 93% would have taken 345,000 voters per second, absolutely all of whom would have had to have voted for the Cubs.

If we follow the math through just this 2 minutes of what was a much longer broadcast, we can see that if 100 people had voted at the start, over 200 million people would have had to have voted within 2 minutes. Assuming that 100% of viewers voted, the viewership of the post game show doubled that of Superbowl XLIX. If we assume this ran for at least 4 minutes (it did) instead of just the two caught on my crappy phone video, over 500 trillion votes would have had to be cast.

Again, this is the conservative estimate. There are several other ways we could show the ahem “extreme improbability” of these numbers.

P.S. For the record, I voted yes, the Cubs will win. 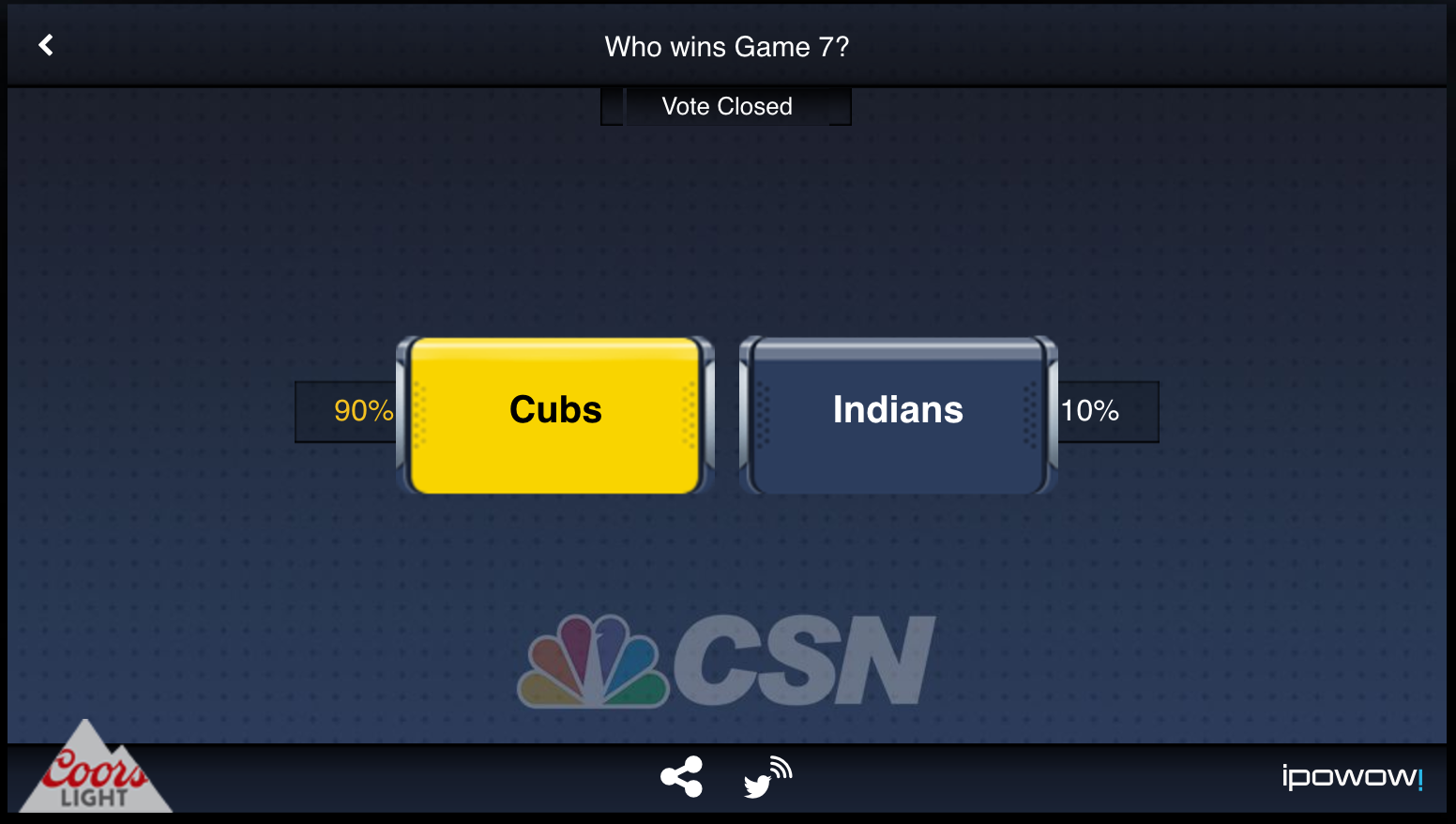